The Return to Campus website has updates about WVU's fall semester. Visit coronavirus.wvu.edu and CDC.gov for health resources related to the global pandemic.

The Center for Oral Health Research in Appalachia (COHRA) has been working in West Virginia communities for the past 17+ years. COHRA is an initiative that operates throughout the state, and is funded by a R01 research grant (#DE014899, Factors Contributing to Oral Health Disparities in Appalachia) from the National Institute of Dental and Craniofacial Research, one of the National Institutes of Health.

The first phase of the COHRA project (COHRA1) began in 2002 and continued through 2009; it focused on families in Webster and Nicholas counties, West Virginia, and selected other rural Pennsylvania counties. The second phase (COHRA2) began in 2010. In COHRA2, we recruited 555 women from across West Virginia during pregnancy, and then are following them and their child through age six and beyond. In 2018, a third phase (COHRA Smile) began, focusing exclusively on African American women.

At the present time, our focus is on recruiting African American women, from across the state of West Virginia, into the COHRA study, during the first or second trimesters of pregnancy, and also continuing to work with our existing group of COHRA2 families. Free oral health screenings are provided to participants, along with compensation for time and travel.

COHRA works with over 40 community agencies and other partners throughout the state, and continually seeks new collaborative partners, in order to extend its reach to help all segments of the state population.  There are three West Virginia COHRA research teams, in offices at the WVU Health Sciences Center in Morgantown, Summersville, and Charleston, allowing access for study participants across the state.

COHRA is a multi-institution collaboration that includes the University of Pittsburgh and the University of Michigan along with WVU. It is a transdisciplinary initiative that includes Psychology, Dentistry, Dental Hygiene, Medicine, and Public Health. Various units, schools, and colleges at WVU are involved, including the Eberly College of Arts and Sciences and the Department of Psychology, Health Sciences Center, School of Dentistry, and School of Public Health, among others. 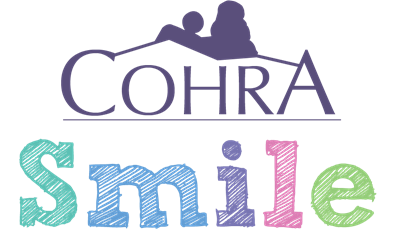