The Return to Campus website has updates about WVU's spring plans. Visit coronavirus.wvu.edu and CDC.gov for health resources related to the global pandemic.

Dr. Robert Craig Bridgeman earned undergraduate degrees from both Marshall University and West Virginia University. In 1976, he was among the first class to graduate University of Florida College of Dentistry. Mountaineers are often credited for going first. Dr. Bridgeman’s career was full of firsts including being the first student to place a restoration for a live patient in Florida history. 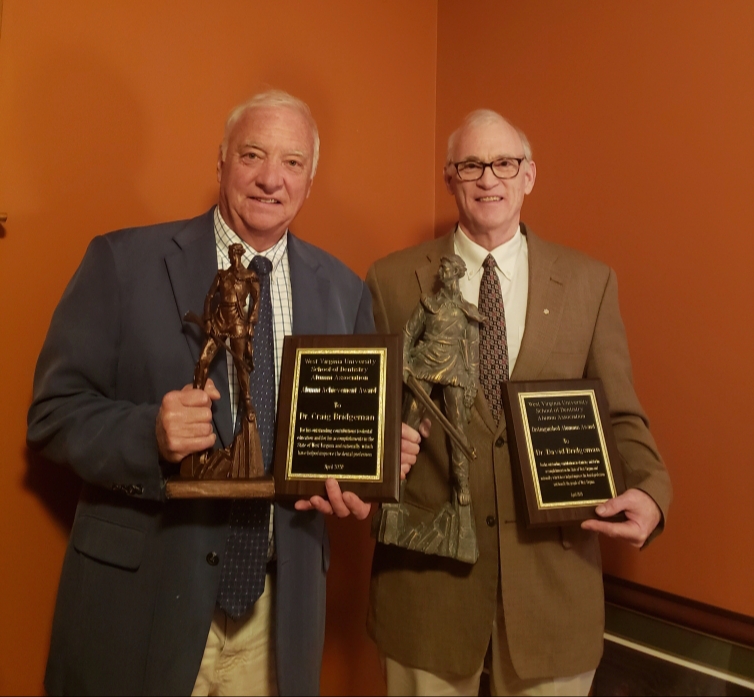 Bridgeman and his wife Rose settled in Boone, North Carolina, where he has remained in private practice. Much of Bridgeman’s professional career has been devoted to giving back to the profession and his community.

He has been a member of the Hollenback-Medina Operative Dentistry Seminar since 1976. He became its mentor in 2016 after the group affiliated with the Academy of RV Tucker Study clubs.

In addition to the Hollenback-Medina Study Club, Bridgeman also mentors the Student Gold Study Club at the West Virginia University School of Dentistry, where he also serves as visiting faculty. In North Carolina, he is a consulting dentist for the Department of Athletics at Appalachian State University.

In addition to providing dental care for a number of charitable organizations, Bridgeman has been the facilitator for the adult bible study group at his church for more than 20 years. He also enjoys woodworking, playing the piano, reading and golf. He recently completed playing golf in all 50 states.